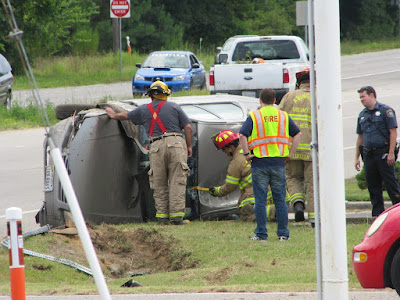 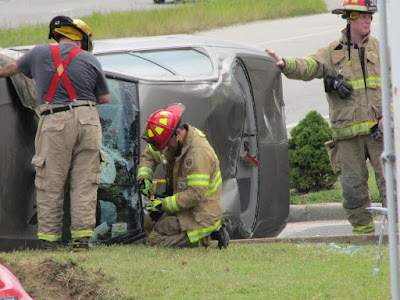 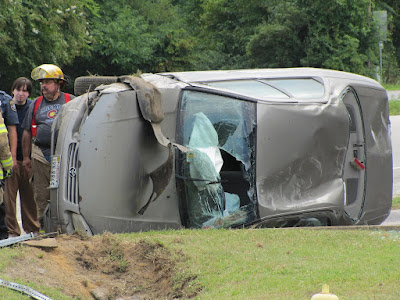 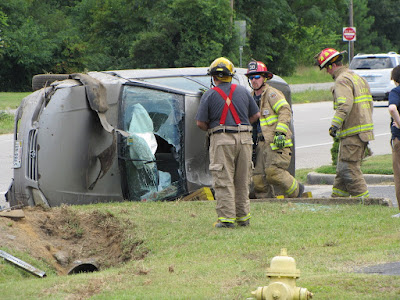 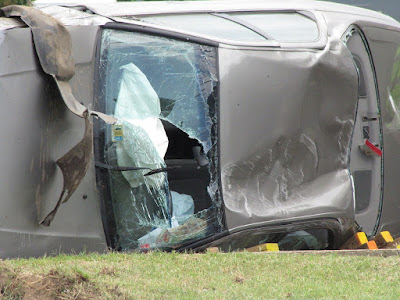 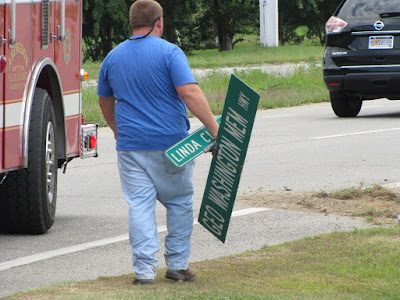 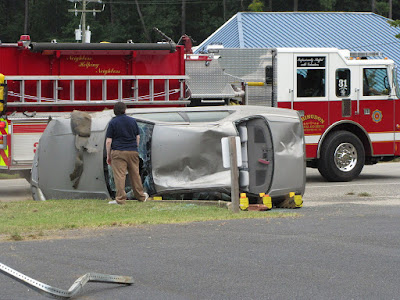 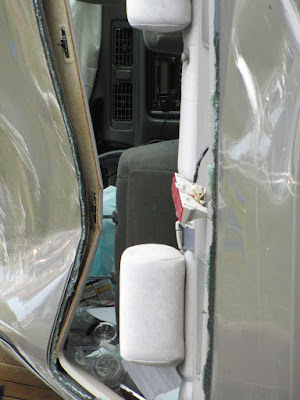 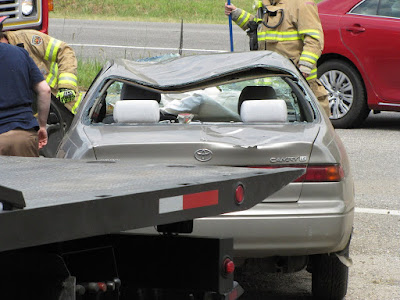 Due to computer issues we have had a major delay on getting these pictures up on this site of an accident that happened on route 17 South on August 26th, 2015 at about 2:00 PM.  We had all the photos up that same day, but our system started locking up due to an Adobe update virus.

The accident started at the end of the Tidewater motel or beginning of the property known as the Salvation army.  The above Toyota Camery was traveling south on 17 at about the speed limit when a another vehicle traveling north on 17 decided to make a U turn and from what we understand, stopped in the middle of the highway.  The other vehicle is described as a white SUV.  That SUV was in the way of oncoming traffic which from what we understand caused the Camery to swerve off to the right shoulder to avoid hitting the white SUV.

The driver hit multiple signs and the ditch caused the car to flip from what we can tell multiple times eventually landing on its side.  The driver of the SUV drove away leaving the scene of the accident but not before a witness took pictures of the SUV and from what we understand got the vehicle's plate.

The drive of the Camery did not appear hurt despite how bad the accident looks.  We spoke with him and he seemed fine at that time.  But with any accident, sometimes injuries do not show up until later.  We have no updates on his condition since that time.

The above link is to the entire photo series we have on the vehicle accident.  Over 100 pictures.