Governor Northam's Actions To Be Reviewed By A Grand Jury, Thursday, January 16th 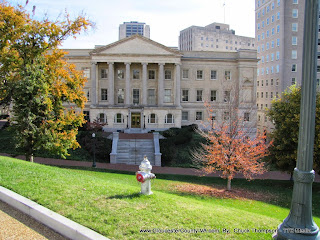 
Governor Ralph Northam took an oath to Protect and support the Constitution for the United States of America. Governor Ralph Northam then betrayed the People of Virginia by introducing four Gun Control Bills that would infringe upon the Peoples' "Unalienable Right," protected by the 2nd Amendment, to keep and bear Arms and deny the Peoples' right of the "unorganized militia."
Amendment II - "A well regulated Militia, being necessary to the security of a free State, the right of the people to keep and bear Arms, shall not be infringed."
On Wednesday, November 6, 2019, CNN reported that Virginia governor said that "he will reintroduce gun control measures after Dems take over state government."
Virginia setting stage to jail gun owners:
On December 26, 2019 WND Reported that: "Virginia setting stage to jail gun owners."
On Jan. 13, 2020 the Washington Post reported : "Four firearms bills advance in Virginia’s newly gun-free Capitol."
On Monday, January 13, 2020 Virginia Mercury reported: "Banning the sale of military-style weaponry."

The above is off the of website of the National Liberty Alliance.  This movement is by "We The People' and is for "We The People".  If we wait for government to do something about Governor Northam and the democrats of Virginia, it will be way to late and nothing will get done beyond the stripping of the rights of the people by a tyrannical government.

Folks, it's time to stop complaining and to start taking action.  It's up to us.