What Is The Militia And How Can It Save Our 2nd Amendment Rights? 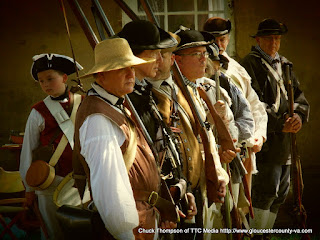 (By:  Chuck Thompson)
What is the Militia and how can it save our 2nd Amendment rights?  The militia folks is a Constitutionally authorized part of "We The People", and the power and or force behind "We The People", in regards to our government.  It is meant to be our first line of home defense.  When I say home defense it includes your actual household and all members therein, but is meant to include local communities and even our state which we live in.

There are 4 militia clauses found in the United States Constitution as well as in just about every state constitution.  Right now, main stream media either through ignorance or an act of the poison pen and propaganda is working overtime to discredit the militia by calling Anarchists and or paramilitary operations militias.  There is very clearly some serious differences here.  Militias properly structured and run according to the laws of these United States and each of the several states is fully legal and or lawful.  Paramilitary organizations follow whatever laws they create or no laws at all.  The militia is not about violence.  It is about defending against violence and unlawful disorder.  So let's stop confusing the two.  They look similar until you break them down and look at the structure.

The militia upholds the Constitution and the common law.  It protects and is the power behind "We The People".  It's members who decide to register as active unorganized militia, will be working with the local sheriff's offices throughout the nation.  Paramilitary are not structured like that.  To put it simply, "We The People are the authority of a Constitutional Government.  The Militia, composed of "We The People" are the power or force behind that authority.  It's government by consent as it should be.  It's what we have failed to uphold and let slip away over the past 175 years.  It's time to bring it back.  Militias are forming throughout the Commonwealth and there are other militias that have already been here.  There are also paramilitary organizations throughout the Commonwealth and more of them forming as well.  You will want to know the difference.

A new organization known as the National Militia Alliance has been formed and is partnered with the National Liberty Alliance to help folks either create or become members of local militias throughout the Commonwealth as well as throughout the nation.  The NMA is not in charge of any militia in any area but instead is a central location to help people receive the proper training, education, communications and networking needed to be in compliance with the Constitution of these United States of America and of each state.  There is no fee to register or for most of the education, training communications or assistance in starting or becoming members of the militia in any area of these United States of America.

https://www.nationallibertyalliance.org/militia  Click the link provided to register now.
at 8:31 PM