LEO's Not Likely To Enforce Northam's Orders On Monday The 20th 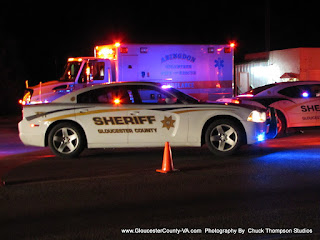 The past few days have created a buzz and a concern for those wishing to attend lobby day by the VCDL as the (Ahmm) Governor has declared, illegally, in the opinion of many, the grounds around the capitol building, a gun free zone during the coming demonstration, expected to be attended by tens of thousands.

We have already addressed and posted the law that shows the governor can not declare the area a gun free zone yet the state Supreme court has allowed such anyway.  (Those in supposed leadership seem to want to teach us that the laws mean nothing).  So, Governor Ralph Northam had a barrier put up around the capital land over the weekend to hurd folks, without guns into a small area.  It seems the democrats are scared of "We The People" as they attempt to take away our rights.  Can you imagine?

With that said, let's look at the statistics and see if there really should be anything for those planning on attending the event to worry about.  Leo's or Law Enforcement Officers, expected between State police, (Note, not Commonwealth Police), and Capitol Police, 700 total force.  Let's be ultra conservative and say about 30,000 gun owners at the event.  Let's round the numbers up to their favor.  1,000 LEO's to 30,000 gun owners.  That equals one LEO to every 30 people.  Who likes those odds?  Not LEO's.  Now let's look at some of the other scare tactics being deployed here.  Antifa.  Okay, let's give them 1,000.  BLM or Black Lives Matter,  Let's give them another 1,000.  Let's say both Antifa and BLM are anti gun.  Let's say and we know it's not the case, all the LEO's are anti gun, that now makes the new numbers 10 to one.  Anyone have any issues with these figures that would make you nervous, other than being a LEO or antifa or BLM?  Here is what you are not being told.  Most of the LEO's feel the same way as we do.  Most are not going to follow illegal orders.  WIth even a 30 to one ratio, not one LEO would even consider pulling any form of weapon knowing that he has at least 30 pointing at his one.  LEO's are scared to death about Monday.  It's our job to let them know we have their backs in case anything does break loose.

Now I did say I was being very kind with those numbers.  Heard through the grapevine, the real numbers are looking somewhere between 70,000 gun owners on the low end to 200,000 gun owners on the top end.  The numbers for LEO's is still 700.  Antifa is said to be on the side of gun owners here.  BLM?  Unknown.  Anarchists may show up.  Again low numbers.  If anyone does start anything, "We The People", will shut them down very quickly.  Now we are going to get bad press no matter what.  We all know we can not trust the vast majority of the press.  They were all usurped by Communist leaders years ago.  So ignore them.  Who cares?

With all of these considerations, and with the LEO's knowing full well they are outnumbered and most are on our side anyway, I predict that there will be a lot of miscommunications, missed communications and equipment failures even if the equipment proves to be working anyway.  You know, kind of like the equipment failures while Epstein was in jail and killed himself.  Those fences are not permanent.  But maybe we should make them so and secede from the Capitol, like how West Virginia wants us to secede from Virginia.  We just secede our state government and recreate our own Constitutional old Virginia government in a new area.  Then the state government can do whatever it wants and no one will care.

Folks, both the left and the right who are really left with a faux cover, are trying to use scare tactics so we capitulate our rights for a false sense of security.  That is what is being pitched right now.  Don't buy it.  Again, look at the real numbers.  They know nothing is going to happen, but they want you to think it will.  They are throwing their best garbage at us.  And it is scaring some until we stop and realize what all of this really is.
at 3:28 PM