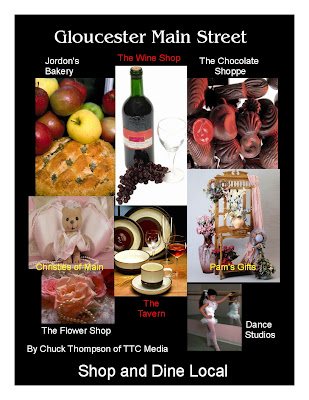 Businesses like Ace Hardware, a Chevrolet automotive dealership, and Napa Auto Parts to name a few.  Now granted they are local businesses, but then again so is Wal Mart and Rite Aid.

The campaign was not at all a success for all of the local businesses either.  One business we spoke with had zero net results by being a part of the Shop Local campaign and ended up closing the doors a few hours early due to a tremendous lack of business and finding something better to spend time on.

Franchise businesses are about as local as Big Lot's and other major retail chains.  If McDonald's can not be considered a local small business, then how do you include Ace Hardware and the other franchises that were mixed into the campaign?  Shop Gloucester would have been a much better campaign looking at all the facts here.  This destroys the idea that out of every $100.00 spent at a local merchant $45.00 stays in the community as opposed to $13.00 per hundred spent at the big box retailers.  What is the dollar figure for local franchised businesses that were included into the Shop Local campaign?  We have no idea and have not been able to trace where Chesapeake Bank came up with their facts here either.

With more campaigns run as well as this one was, then the below sign is sure to be a vision of the future. 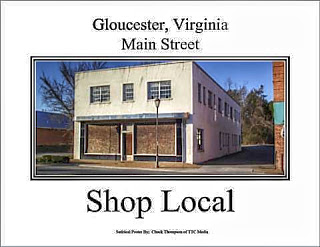 Free MP3 download.  Kelly Allyn - "Don't Count On It" is the title track for this post.  It's a bit country and it's a bit rcok n roll.  CC Lic 3.0 Attrib/Share Alike.
https://docs.google.com/file/d/0B5NJpRCvjyV8WHhxYVRqcE9Vak0/edit?usp=sharing  Our way of saying thanks for spending time with us.