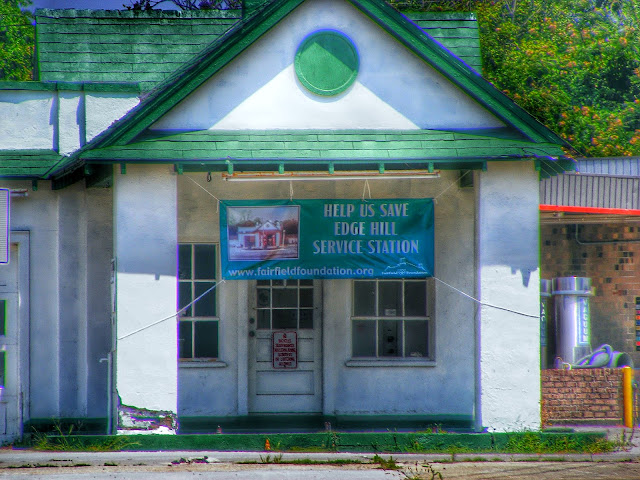 Ted sent us a very hilarious comment the other day and now we just have to share it with everyone.

"Attacks? You really must have a thin skin. I'll let you know the source of my inside information. The Gazette Journal. You really should get a subscription."


This is the person whom we have been showing his comments to our posts and his most recent response to us.  Ted claims that his inside source is the local paper.  Nice try there Ted.  We read the paper every week and though late reading it this week, we found what you knew in advance which confirms our statement, inside information.  Let's look this over shall we?  Page 13B, Thursday, May 2nd, 2013, $53,000.00 + Awarded In Main Street Grants, is the headline.  Bottom left hand column of the of the article.  Fairfield Foundation received a grant for the continuing restoration project of the Texaco station building at the Main/Route 14 intersection, with the recent grant for installation of the lighting and fixtures suited to the 1930's when the building was erected, $4,704.54. (It does not state they actually received a check or any other form of payment, just a grant).

Now the above statement is not clear as to whether Fairfield received a check for this amount now or if they are subject to the rules of having to complete the work first to get this grant.  Next, why is the Gloucester Main Street Preservation Trust giving the grant to the Fairfield Foundation?  The Fairfield Foundation does not own the property.  We showed in an article posted yesterday that the business that owns the property is the Fairfield Edge Hill LLC.  A separate entity.  Now for arguments sake, they may be tied together, but for legal purposes, they are clearly separate entities.

Now let's go back and look at our friend Ted's first statement.  "Please keep posting stories like this. They prove that you have absolutely no idea of what you are talking about.
The restoration of the station has hardly begun with much work left. Check your facts before you post alarmist articles. I'm guessing you have not spoken with the owners ... they would have told you what is actually going on. "

The restoration of the station has hardly begun.  The newspaper says the continuing restoration there Ted.  "Check our facts before posting alarmist articles?"  What is alarmist about showing what the GMSPT has on their site?  The date of this note from Ted was April 27th, 2013.

April 29th, 2013, at 7:25 PM Eastern Time Ted sends this update.  "Yes, keep it going. You display your ignorance and wild leaps of "logic" which time will show are at best confused.
The station was painted white prior to being sold to the current owner who plans to upgrade the existing building and corner. This reality has nothing to do with a planning document ... say what you will about the planning document's merit ... it is not prescriptive. Not even the long arm of zoning can force a property owner to comply with a planning document.So, like I said, keep up the ignorance and people will gradually see that you have no idea what you are talking about. I particularly like your brazen posting of my previous message and you will probably do the same with this one ... I hope. Ignorance is not bliss. "

It's interesting that this news article comes out on May, 2nd that would somehow seem to justify Ted's point.  But let's look at the wording that follows the story shall we?  MSPT presents a check for the improvements once the work has been completed which preferably will be before the end of the current calendar year.

Ted's most recent post claiming he read this in the paper?  May 3rd, at 7:22AM.  Gloucester residents know that the paper is available as early as Wednesday afternoon which would have been Wednesday, May 1st, 2013.  Ted could not have read any of this in the paper ahead of time.  He started the argument on April 27th after we first exposed the present plans to potentially demolish the Edge Hill Service Station by the same people now claiming to be offering a grant to the wrong entity for the Edge Hill Service Station ownership.  Is this making sense to anyone?  These people seem awfully shifty to us.

However, this is the same group that is developing plans that affect homeowners, businesses, investors, and potential investors that would increase taxes and compliance issues on their own and asking the local government officials to help them with those plans.  ???  And again we point out that Louise Theberge is playing both sides of this coin.  Could someone please explain to us what a non profit organization has to do with making such plans?

We have been wondering if these people are violating their 501(c) 3 status and also may be violating IRS rules for such an entity.  We will have to ask the IRS to see what they think.  Something isn't right here.  Thanks for your input Ted.    We found it quite enjoyable.  Keep up the outstanding work.  By the way Ted, we know that you are sick of all the issues you are surrounded by each day, when you are ready to spill the real beans, we will be here waiting to help you expose the dirt and wash your hands of it all.  ; )

Free MP3 Download.  - The TenGooz - Lost In Translation.  A funky blues tune.  It's rather interesting.  CC Lic attrib/non commercial share alike distribution.  Our way of saying thanks for spending time with us.
https://docs.google.com/file/d/0B5NJpRCvjyV8cGpPbnYySnZaaWM/edit?usp=sharing