THE EPHEMERA: AN EMBLEM OF HUMAN LIFE - Benjamin Franklin 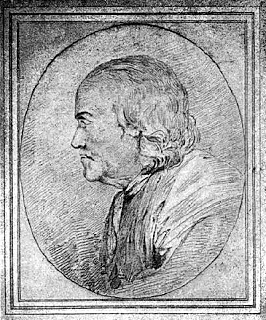 TO MADAME BRILLON, OF PASSY

You may remember, my dear friend, that when we lately spent that happy
day in the delightful garden and sweet society of the Moulin Joly, I
stopped a little in one of our walks, and stayed some time behind the
company. We had been shown numberless skeletons of a kind of little fly,
called an ephemera, whose successive generations, we were told, were
bred and expired within the day. I happened to see a living company of
them on a leaf, who appeared to be engaged in conversation. You know I
understand all the inferior animal tongues. My too great application to
the study of them is the best excuse I can give for the little progress
I have made in your charming language. I listened through curiosity to
the discourse of these little creatures; but as they, in their national
vivacity, spoke three or four together, I could make but little of their
conversation. I found, however, by some broken expressions that I heard
now and then, they were disputing warmly on the merit of two foreign
musicians, one a _cousin_, the other a _moscheto_; in which dispute they
spent their time, seemingly as regardless of the shortness of life as if
they had been sure of living a month. Happy people! thought I; you are
certainly under a wise, just, and mild government, since you have no
public grievances to complain of, nor any subject of contention but the
perfections and imperfections of foreign music. I turned my head from
them to an old gray-headed one, who was single on another leaf, and
talking to himself. Being amused with his soliloquy, I put it down in
writing, in hopes it will likewise amuse her to whom I am so much
indebted for the most pleasing of all amusements, her delicious company
and heavenly harmony.

"It was," said he, "the opinion of learned philosophers of our race, who
lived and flourished long before my time, that this vast world, the
Moulin Joly, could not itself subsist more than eighteen hours; and I
think there was some foundation for that opinion, since, by the apparent
motion of the great luminary that gives life to all nature, and which in
my time has evidently declined considerably towards the ocean at the end
of our earth, it must then finish its course, be extinguished in the
waters that surround us, and leave the world in cold and darkness,
necessarily producing universal death and destruction. I have lived
seven of those hours, a great age, being no less than four hundred and
twenty minutes of time. How very few of us continue so long! I have seen
generations born, flourish, and expire. My present friends are the
children and grandchildren of the friends of my youth, who are now,
alas, no more! And I must soon follow them; for, by the course of
nature, though still in health, I cannot expect to live above seven or
eight minutes longer. What now avails all my toil and labor in amassing
honey-dew on this leaf, which I cannot live to enjoy! What the political
struggles I have been engaged in for the good of my compatriot
inhabitants of this bush, or my philosophical studies for the benefit of
our race in general! for in politics what can laws do without morals?
Our present race of ephemeræ will in a course of minutes become
corrupt, like those of other and older bushes, and consequently as
wretched. And in philosophy how small our progress! Alas! art is long,
and life is short! My friends would comfort me with the idea of a name
they say I shall leave behind me; and they tell me I have lived long
enough to nature and to glory. But what will fame be to an ephemera who
no longer exists? And what will become of all history in the eighteenth
hour, when the world itself, even the whole Moulin Joly, shall come to
its end and be buried in universal ruin?"

To me, after all my eager pursuits, no solid pleasures now remain, but
the reflection of a long life spent in meaning well, the sensible
conversation of a few good lady ephemeræ, and now and then a kind smile
and a tune from the ever amiable _Brillante_.