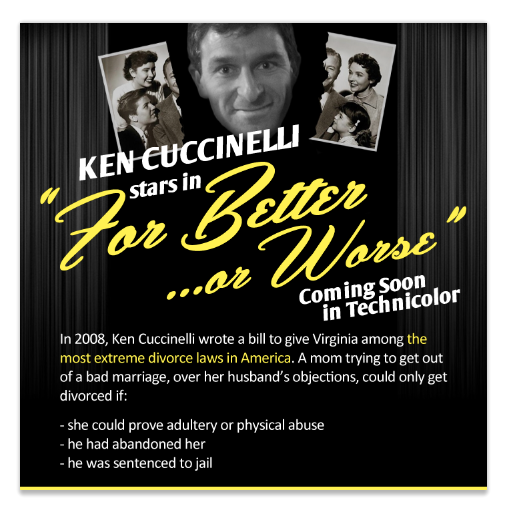 Here is a news update for most American's these days.  What Ken Cuccinelli has proposed, though it would probably never go through, is what divorce codes in the United States used to be before anti family propagandists like Terry McAuliffe came along and destroyed the idea of families.  Why we have such astronomical divorce rates in the US.  If you ever got married in a church, then do you recall the wedding vows?  It was meant for life, not until you find someone else.

Terry must be against families to not see that what Ken has proposed is designed to strengthen the family again and bring back meaning to vows.  This also means that Terry McAuliffe is anti God.  Terry is spitting in the face of all religions by thinking that vows before God have no meaning.  Is Terry McAuliffe a Satanist who practices drinking the blood of victims at cult rituals?  Is Terry an anarchist? 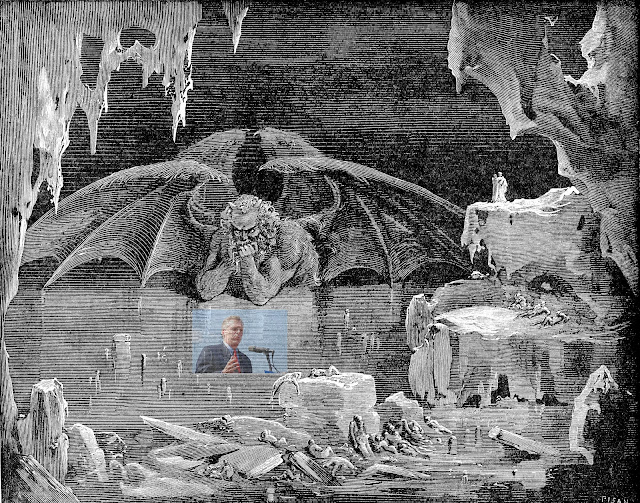 No respect for families, no respect for God, no respect for Virginian's.  Terry McAuliffe, send him back to where he came from.  (See above).  Share this with everyone on Facebook.  Show Terry's picture everywhere.  He's counting on you.  Oh, yeah, and he still needs 5 bucks from everyone to create more smear campaigns against Ken Cuccinelli.  If you already sent Terry money, he still needs more.  Not that the 5 plus million is anything to sneeze at and more than twice as much as Ken has, Terry needs that cash.  Air conditioning is expensive in hell.