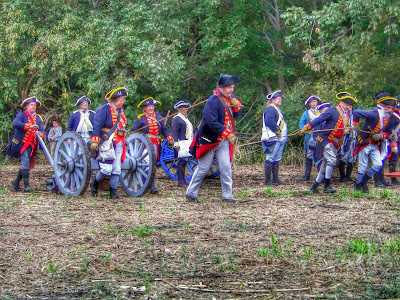 It was only a few short months ago we heard the Gloucester County board of supervisors crying over not having enough money and wanting to raise taxes on everyone in the county.  So what did they do this past week?  On Tuesday night at the board of supervisors meeting, they voted to give all county employees an extra day off with pay.

The county employees had Thursday, July 4th off as part of our national holiday celebration.  That is all fine and good.  No issues.  But the board of supervisors voted to give all the employees off on Friday, July 5th, 2013 with pay.

Let's be fair.  The county employees do deserve that break, I will give them that, however, let's look at the bigger picture and see if that decision made any sense.  Starting this Friday, federal employees are laid off one day per week for the next 11 weeks without pay.  They can not use sick time nor vacation time to cover the days lost.  They will not be paid for those days off.  It's the federal government sequestration project designed to hurt the economy because of stupid lousy government politics.

That means that a lot of citizens who are employed by the federal government are having their pay cut in a manner that will cause serious financial hardships.  Each employee is losing 2 days pay from each paycheck for the next 11 weeks. All of these employees still have all their bills, mortgages, car payments, travel expenses, insurance and food to pay like everyone else.  Each of these folks still have their taxes to pay as well.

Now how do you think it looks for government employees who are being cut back to learn that local government is spending these folks tax dollars to pay employees not to work?  We have talked to several federal employees and they are mad as hell about this.