Gloucester Board of Supervisors Continues To Waste Your Tax Dollars


Bid documents were released on Monday by Gloucester County for construction of the new Page Middle School to be built on T.C Walker Road.

The proposed two-story school will be 117,000 square feet, according to bid documents. The total estimated cost of the school is $26 million and it's scheduled to open in September 2015.

The bid document is about 1,000 pages and there are 344 plan sheets that describe the school's construction, said Gloucester County Purchasing Manager Bill Lindsay.

Not to take anything away from the Daily Press, we are adding in our own opinions on this.  It is a tremendous waste of taxpayer money building this school.  Our leaders have double talked everyone.  We have closed the one school because it is not needed and yet we have to build this other school because we need it.  Double talk.  County officials are doing nothing but building monuments to their own administrations at your expense.  It's like a Presidential library.  It's not needed and no one really wants it except the construction companies and book publishers.  Oh and the ex president. 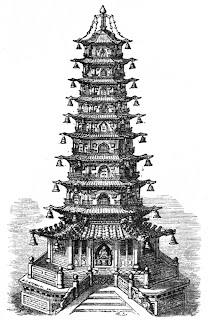 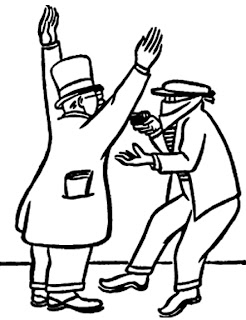 Are you feeling a little held up by the Gloucester County Board of Supervisors? 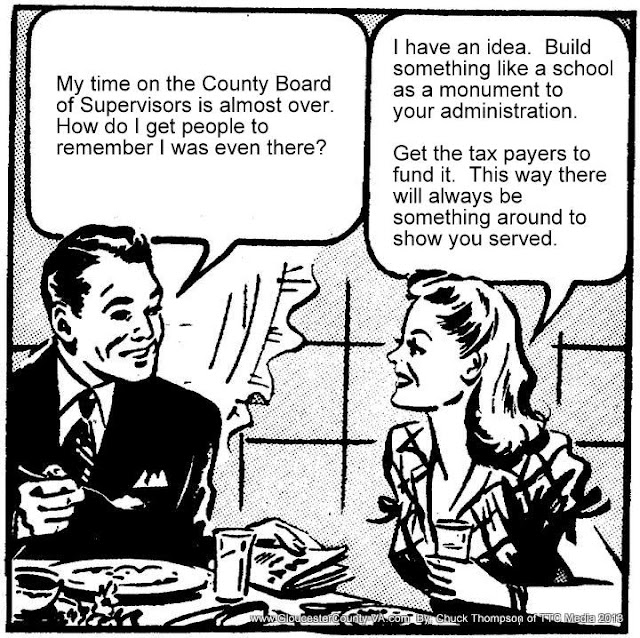 3 members of the board will be off the board at the end of 2013.  They are going to railroad this through whether you like it or not unless you tell them to stop.  It does mean less money in your pocket.  It means you have to struggle even harder to survive.  It means less food on your table.  It means no money for the extras.  All because some folks want to build a monument to themselves at your expense.  Be sure to thank them.

Send them all a thank you message.  Each email is live and active.