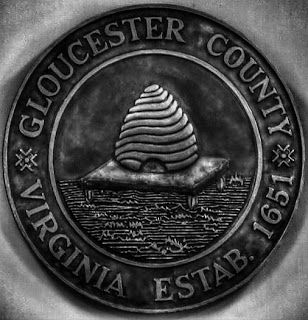 
GLOUCESTER — Just three years after moving back to Gloucester, Marcia Mickle is running for a seat on the Board of Supervisors and would be the only member who lives on the water — literally.

Mickle, who grew up in Gloucester and is a graduate of Gloucester High School, said she lives on a boat tied to her private dock in the Severn area of the county. She is also the owner of the smallest house of any of the candidates, or board members for that matter.

Mickle owns and lives in a 372-square-foot elevated cottage that she said in an email — she declined to answer phone messages and asked for questions to be sent to her by email —is "very much like living on a boat or a studio apartment."

In a three-way race for the York District seat on the Board of Supervisors, Mickle is the newest resident to Gloucester in the election. The other candidates are Phil Bazzani, a former member of the Gloucester County Planning Commission, and Graham Blake, a former member of the Board of Supervisors who last served on the seven-member board in 2003.

Although she has only returned recently to Gloucester, Mickle touts her long ties to the community.

"I was born and raised here and moved back after my husband retired from the Navy, but I have always maintained a place here," Mickle said. "My family has been here forever. I still live on the land my father gave me as a wedding present."

Mickle became registered to vote in Gloucester in June 2011, according to records in the Gloucester County Voter Registrar's Office. She listed as her home address 10202 Margaret Lyell Road in the Severn area of Gloucester. The land is an 18-acre parcel given to her as a wedding gift by her father, she said.

Mickle moved to Gloucester from Hampton around September 2010, she said.

She lived aboard her boat at the York River Yacht Haven's pier 6 until September 2011, when she moved her boat to her private dock at 10202 Margaret Lyell Road, she said.

On Aug. 6, 2012, Mickle obtained a building permit for a 372-square-foot "summer cottage" to replace a one-bedroom cottage that had burned down, according to records in the Gloucester County Codes Compliance Department. A certificate of occupancy was issued on Oct. 23, 2012.

The fire that destroyed her previous cottage occurred on Feb. 14, 2011, Mickle said.

"It was an extensive brush fire that burned over 120 acres of land," she wrote in an email.

Her cottage is "small but it has everything needed to live including a bedroom/living area, a kitchen and a bathroom," Mickle said by email. "I stayed there after my knee replacement because it was more conducive to extensive therapy after surgery."

On Mickle's statement of economic interest that all candidates are required to file, she lists "HPT LLC" as an employer that pays her or a member of her immediate family salary or wages in excess of $10,000 annually. Yet a spokesman for the State Corporation Commission said HPT LLC has not existed since the end of 2003.

Mickle said in an email sent on Saturday she will ask her attorney and accountant to provide documentation for the information, although it wasn't supplied to the Daily Press in time for this story.

Mickle's stepson, Jayson Mickle, owns Hampton Pipe and Tobacco, which has a store in Gloucester. Marcia Mickle said she is not involved with running the company. Retired from surveying and civil design, Mickle said she is the owner of Hawk Pointe Oyster Farm.

http://www.dailypress.com/news/gloucester-county/dp-nws-gloucester-candidate-mickle-0801-20130806,0,7524683.story?obref=obinsite  Link back to the Daily Press where this story comes from.

Our Notes;  We think it is ridiculous that anything was even brought up about where this candidate lives or the size of the house.  If it were a 6,000 square foot house, nothing would have been said at all.  We would like to hear from this candidate.  Looks more like the type of person who would do a lot of good for the county.