Why does the Gloucester Animal Control Ordinances Debate Continue 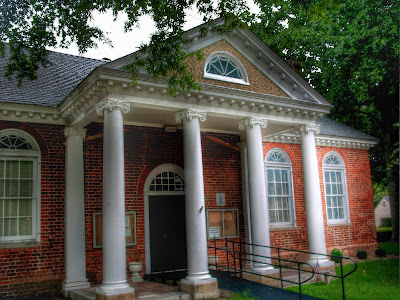 "There does not appear to be one specific Virginia State Code section constituting enabling legislation for Gloucester County Code Section 3-17. [This is exactly the point that Mr. Thompson made when he made the request to the county to remove the code. There is no State Code to support the ordinance.] However, that code section’s requirements are legally defensible regulatory measures in light of the following: [Again this is correct there are other areas of the Virginia code that protect dogs while being transported in the back of pickup trucks without being a primary code to stop the vehicle. We do not need to make up another separate law to cover this issue.]

1. The section is limited to public roads and public places, and does not regulate activity on private property; [As discussed during the last County Board of Supervisors meeting the county has no say on State Roads that is a State issue and outside of their control. Public places are covered by County Code 3-46 and no new code is needed. I believe this was part of Mr. Wilmot's argument to get rid of a section of County Code in the last meeting?.]

A. Any person who: (i) overrides, overdrives, overloads, tortures, ill-treats, abandons, willfully inflicts inhumane injury or pain not connected with bona fide scientific or medical experimentation, or cruelly or unnecessarily beats, maims, mutilates, or kills any animal, whether belonging to himself or another; (ii) deprives any animal of necessary food, drink, shelter or emergency veterinary treatment; (iii) sores any equine for any purpose or administers drugs or medications to alter or mask such soring for the purpose of sale, show, or exhibition of any kind, unless such administration of drugs or medications is within the context of a veterinary client-patient relationship and solely for therapeutic purposes; (iv) willfully sets on foot, instigates, engages in, or in any way furthers any act of cruelty to any animal; (v) carries or causes to be carried by any vehicle, vessel or otherwise any animal in a cruel, brutal, or inhumane manner, so as to produce torture or unnecessary suffering; or (vi) causes any of the above things, or being the owner of such animal permits such acts to be done by another is guilty of a Class 1 misdemeanor.

B. Any person who: (i) tortures, willfully inflicts inhumane injury or pain not connected with bona fide scientific or medical experimentation, or cruelly and unnecessarily beats, maims, mutilates or kills any animal whether belonging to himself or another; (ii) sores any equine for any purpose or administers drugs or medications to alter or mask such soring for the purpose of sale, show, or exhibit of any kind, unless such administration of drugs or medications is under the supervision of a licensed veterinarian and solely for therapeutic purposes; (iii) maliciously deprives any companion animal of necessary food, drink, shelter or emergency veterinary treatment; (iv) instigates, engages in, or in any way furthers any act of cruelty to any animal set forth in clauses (i) through (iv); or (v) causes any of the actions described in clauses (i) through (iv), or being the owner of such animal permits such acts to be done by another; and has been within five years convicted of a violation of this subsection or subsection A, is guilty of a Class 6 felony if the current violation or any previous violation of this subsection or subsection A resulted in the death of an animal or the euthanasia of an animal based on the recommendation of a licensed veterinarian upon determination that such euthanasia was necessary due to the condition of the animal, and such condition was a direct result of a violation of this subsection or subsection A.

C. Nothing in this section shall be construed to prohibit the dehorning of cattle conducted in a reasonable and customary manner.

D. This section shall not prohibit authorized wildlife management activities or hunting, fishing or trapping as regulated under other titles of the Code of Virginia, including Title 29.1, or to farming activities as provided under this title or regulations adopted hereunder.

F. Any person who: (i) tortures, willfully inflicts inhumane injury or pain not connected with bona fide scientific or medical experimentation or cruelly and unnecessarily beats, maims or mutilates any dog or cat that is a companion animal whether belonging to him or another; and (ii) as a direct result causes the death of such dog or cat that is a companion animal, or the euthanasia of such animal on the recommendation of a licensed veterinarian upon determination that such euthanasia was necessary due to the condition of the animal, is guilty of a Class 6 felony. If a dog or cat is attacked on its owner's property by a dog so as to cause injury or death, the owner of the injured dog or cat may use all reasonable and necessary force against the dog at the time of the attack to protect his dog or cat. Such owner may be presumed to have taken necessary and appropriate action to defend his dog or cat and shall therefore be presumed not to have violated this subsection. The provisions of this subsection shall not overrule § 3.2-6540,3.2-6540.1, or 3.2-6552.

G. Any person convicted of violating this section may be prohibited by the court from possession or ownership of companion animals.”

Where does it discuss transportation of animals (it does discuss running over animals on purpose)? This covered by 3.2-6508. Transporting animals; requirements; penalty. ]

5. The County has the authority to require that animals have “adequate shelter.” “Adequate shelter” is defined, in part, by Va. Code Section 3.2-6500, to include shelter that is “safe and protects each animal from injury.”;[This is covered in County Code 3-15. Again your argument to get rid of redundant code in the Board of Supervisors meeting last month!]

6. No case or opinion of the Attorney General of which I am aware demonstrates the unlawfulness of Gloucester County Code Section 3-17; and [Wow you got me – Based on this argument you need a new County Code to prevent County Employees from driving County Vehicles to Hardees since the existing Code does not say County employees cannot drive County Vehicles to Hardees! – No wait it is covered in the general rule that county vehicles cannot be used for personal use.]

[There are laws and court rulings that supersede these laws.

The General Assembly shall provide by general law for the organization, government, powers, change of boundaries, consolidation, and dissolution of counties, cities, towns, and regional governments. The General Assembly may also provide by general law optional plans of government for counties, cities, or towns to be effective if approved by a majority vote of the qualified voters voting on any such plan in any such county, city, or town.

The General Assembly may also provide by special act for the organization, government, and powers of any county, city, town, or regional government, including such powers of legislation, taxation, and assessment as the General Assembly may determine, but no such special act shall be adopted which provides for the extension or contraction of boundaries of any county, city, or town.

Second: A Federal Court Ruling also limits the powers granted by the state to local governments.

Judge J.F. Dillon, the creator of the legal doctrine today known as the Dillon Rule, wrote:

It is a general and undisputed proposition of law that a municipal corporation possesses and can exercise the following powers, and no others: First, those granted in express wordsy; second those necessarily or fairly implied in or incident to the powers expressly granted : third those essential to the accomplisment of the declared objects and purposes of the corporation – not merely convenient, but indispensable. Any fair, reasonable, substantial doubt concerning the existence of power is resolved by the courts against the corporation and the power is denied. Commentaries on the Law of Municipal Government Sec. 237 (5* ed., 1911).

No inherent right to local self-government exists. When determining Dillon rule related cases, courts will consider whether the statute has been given a rational interpretation that is consistent with its purposes, and not one which will substantially defeat the statutes objective,…”]

County residents tell the Supervisors to get rid of this illegal county code before it gets the county sued.

I am not a lawyer and cannot give legal advice. Our founding fathers used common sense when establishing our founding documents it is about time the county used some common sense.

P.S. Point to ponder: the powers to be want us to believe global warming is caused by man. There are limited documents to prove this. We should believe on faith in this warming – Kind of like a religion? As the ACLU would say you are violating the first amendment right by not separating church and state so no more preaching global warming (or global change) with public funding or in public forums!