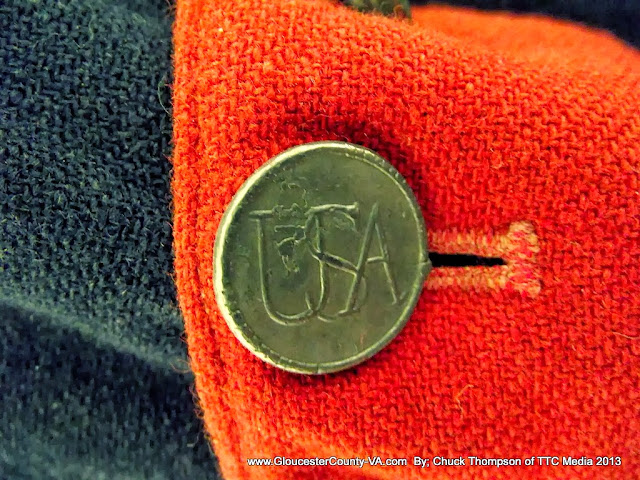 Earlier this week we had the privilege of touring the Yorktown Victory Center and it's various areas of living history.  Today we are going to cover the Continental Army Encampment.  Again, a super job of recreating an historical view of what life was like during the American Revolution has been extremely well done and again, this one area alone is worth the visit for anyone seeking to further their knowledge of American History.

One section of the encampment focuses on military operations and demonstrations of firing both muskets and canons are done throughout the day. 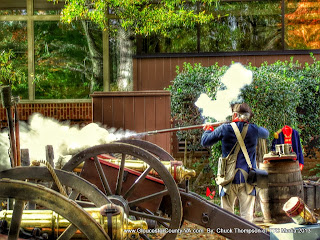 An interpreter, well versed in history, explains every step of preparing to fire a musket in a military lineup.  He goes through all the steps and fires the musket into an area free from any form of endangerment to any humans or species.  Once done, he further explains the steps for reloading and demonstrates the process until he once again fires a second shot. 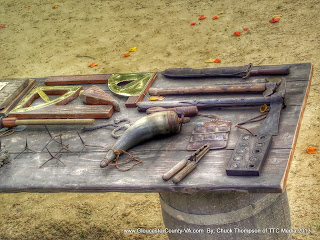 Pictured above is part of a table of tools and weapons used during the period. 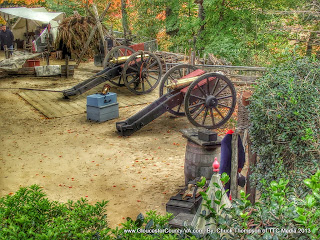 Multiple canons are on display and yes one of them does actually get fired. 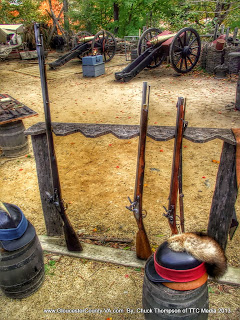 There are a number of muskets on display and if you have never had the opportunity to hold one in your hands, you get a chance to do so here at the encampment.  Again, this is a living museum and many areas are hands on.  How often do you get such a grand opportunity? 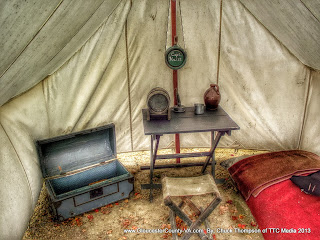 There are numerous tents that you can go into and explore what life was like inside one of these. 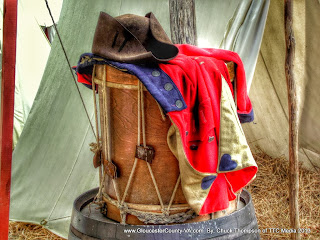 Attention to detail is never lacking.  There are surprises around each corner and if you have your camera ready, you have some great opportunities to take advantage of. 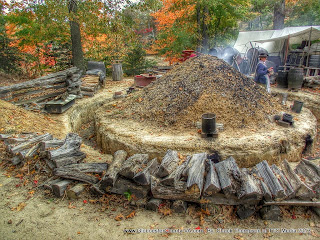 An entire area has been dedicated to what cooking for the troops was like and even includes the supply shed. 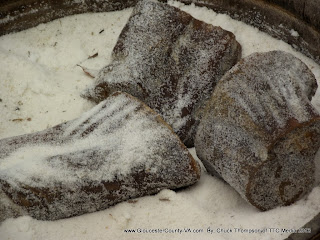 Foods and their preparations are fully demonstrated.  The above is only a very small sampling of what you will see. 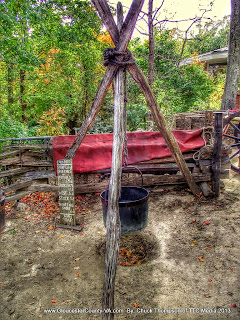 Pictured here is the troops laundry area and costs for having someone wash your cloths for you based on the money used during that period.

There is also the encampments doctor with all his tools and medicines used during the time and he covers their uses in full detail.  Sure we have pictures, but the objective is to get you to pay a visit and see everything for yourself and start your own educational process.  While we seek to educate as many people about our nation's history, we have found that taking a hands on approach gives a more true appreciation for such.  With that said, this is why we are promoting area museums and sites and will continue to do so.  It's a combined effort to bring our nations history to as many people as possible for a greater appreciate of what this country really is and can once again be. 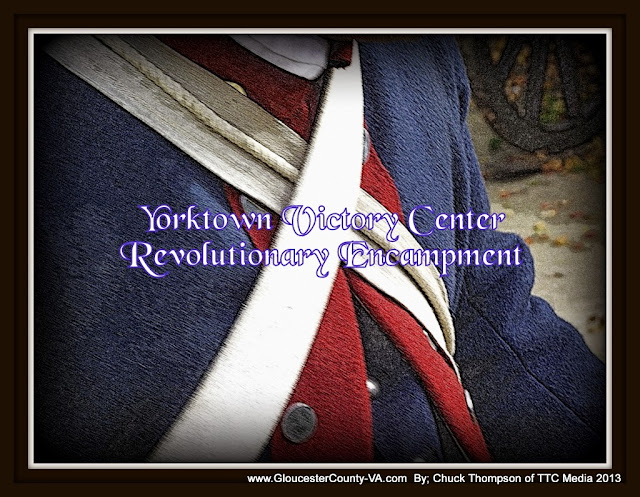