God And Gun Control - What You Might Not Know 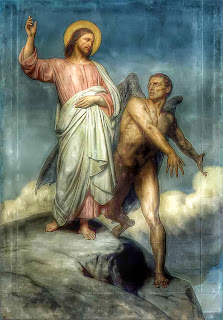 For Christians wondering about what faith says about gun control, well we thought we would share his words with you and allow you to see for yourself.

New International Version (NIV)
35 Then Jesus asked them, “When I sent you without purse, bag or sandals, did you lack anything?”
“Nothing,” they answered.
36 He said to them, “But now if you have a purse, take it, and also a bag; and if you don’t have a sword, sell your cloak and buy one. 37 It is written: ‘And he was numbered with the transgressors’[a];and I tell you that this must be fulfilled in me. Yes, what is written about me is reaching its fulfillment.”
38 The disciples said, “See, Lord, here are two swords.”
“That’s enough!” he replied.

For those seeking to destroy 2nd Amendment rights?  Not a good idea.  For even God tells us to maintain our weapons.  For those wishing to argue this on the level that he was talking about a sword?  That was the weapon of mass destruction in those days.  They did not have guns.  If they had guns, then Jesus would have told them to buy and hide their guns.  In other words, for those seeking to control the masses against the wishes of the masses?  Not happening.

Second Amendment:  "A well-regulated militia, being necessary to the security of a free State, the right of the people to keep and bear arms, shall not be infringed.

"The United States Constitution was written for a Christian People and will serve no other."  John Adams