Federalist Papers No. 10 The Union as a Safeguard Against Faction and Insurrection 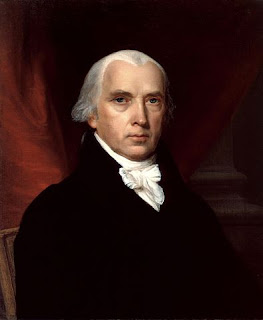 AMONG the numerous advantages promised by a well constructed Union, none deserves to be more accurately developed than its tendency to break and control the violence of faction. The friend of popular governments never finds himself so much alarmed for their character and fate, as when he contemplates their propensity to this dangerous vice. He will not fail, therefore, to set a due value on any plan which, without violating the principles to which he is attached, provides a proper cure for it.

The instability, injustice, and confusion introduced into the public councils, have, in truth, been the mortal diseases under which popular governments have everywhere perished; as they continue to be the favorite and fruitful topics from which the adversaries to liberty derive their most specious declamations. The valuable improvements made by the American constitutions on the popular models, both ancient and modern, cannot certainly be too much admired; but it would be an unwarrantable partiality, to contend that they have as effectually obviated the danger on this side, as was wished and expected. Complaints are everywhere heard from our most considerate and virtuous citizens, equally the friends of public and private faith, and of public and personal liberty, that our governments are too unstable, that the public good is disregarded in the conflicts of rival parties, and that measures are too often decided, not according to the rules of justice and the rights of the minor party, but by the superior force of an interested and overbearing majority.

However anxiously we may wish that these complaints had no foundation, the evidence, of known facts will not permit us to deny that they are in some degree true. It will be found, indeed, on a candid review of our situation, that some of the distresses under which we labor have been erroneously charged on the operation of our governments; but it will be found, at the same time, that other causes will not alone account for many of our heaviest misfortunes; and, particularly, for that prevailing and increasing distrust of public engagements, and alarm for private rights, which are echoed from one end of the continent to the other. These must be chiefly, if not wholly, effects of the unsteadiness and injustice with which a factious spirit has tainted our public administrations.

Read the rest in the document below.

To read the above document in full screen view, left click the icon at the far bottom right hand side of the Slideshare container.  To exit full screen mode, hit the escape key on your keyboard.