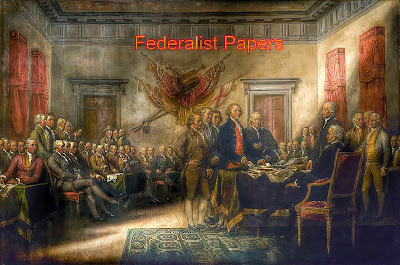 To the People of the State of New York:
THE effects of Union upon the commercial prosperity of the States have been sufficiently delineated. Its tendency to promote the interests of revenue will be the subject of our present inquiry.
The prosperity of commerce is now perceived and acknowledged by all enlightened statesmen to be the most useful as well as the most productive source of national wealth, and has accordingly become a primary object of their political cares. By multiplying the means of gratification, by promoting the introduction and circulation of the precious metals, those darling objects of human avarice and enterprise, it serves to vivify and invigorate the channels of industry, and to make them flow with greater activity and copiousness. The assiduous merchant, the laborious husbandman, the active mechanic, and the industrious manufacturer,—all orders of men, look forward with eager expectation and growing alacrity to this pleasing reward of their toils. The often-agitated question between agriculture and commerce has, from indubitable experience, received a decision which has silenced the rivalship that once subsisted between them, and has proved, to the satisfaction of their friends, that their interests are intimately blended and interwoven. It has been found in various countries that, in proportion as commerce has flourished, land has risen in value. And how could it have happened otherwise? Could that which procures a freer vent for the products of the earth, which furnishes new incitements to the cultivation of land, which is the most powerful instrument in increasing the quantity of money in a state—could that, in fine, which is the faithful handmaid of labor and industry, in every shape, fail to augment that article, which is the prolific parent of far the greatest part of the objects upon which they are exerted? It is astonishing that so simple a truth should ever have had an adversary; and it is one, among a multitude of proofs, how apt a spirit of ill-informed jealousy, or of too great abstraction and refinement, is to lead men astray from the plainest truths of reason and conviction.
The ability of a country to pay taxes must always be proportioned, in a great degree, to the quantity of money in circulation, and to the celerity with which it circulates. Commerce, contributing to both these objects, must of necessity render the payment of taxes easier, and facilitate the requisite supplies to the treasury. The hereditary dominions of the Emperor of Germany contain a great extent of fertile, cultivated, and populous territory, a large proportion of which is situated in mild and luxuriant climates. In some parts of this territory are to be found the best gold and silver mines in Europe. And yet, from the want of the fostering influence of commerce, that monarch can boast but slender revenues. He has several times been compelled to owe obligations to the pecuniary succors of other nations for the preservation of his essential interests, and is unable, upon the strength of his own resources, to sustain a long or continued war.

Federalist Papers No 12 Union and Revenue from Chuck Thompson

We have the complete series of the Federalist Papers on audio in our Podcasts page.  Check it out.