Federalist Papers No 19, The Insufficiency of the Present Confederation to Preserve the Union, Continued 5 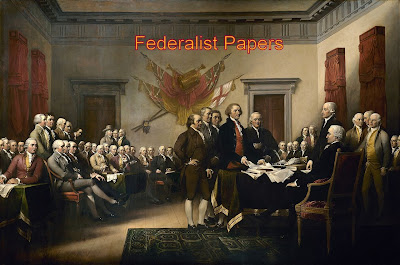 For the Independent Journal. Saturday, December 8, 1787

THE examples of ancient confederacies, cited in my last paper, have not exhausted the source of experimental instruction on this subject. There are existing institutions, founded on a similar principle, which merit particular consideration. The first which presents itself is the Germanic body.

In the early ages of Christianity, Germany was occupied by seven distinct nations, who had no common chief. The Franks, one of the number, having conquered the Gauls, established the kingdom which has taken its name from them. In the ninth century Charlemagne, its warlike monarch, carried his victorious arms in every direction; and Germany became a part of his vast dominions. On the dismemberment, which took place under his sons, this part was erected into a separate and independent empire. Charlemagne and his immediate descendants possessed the reality, as well as the ensigns and dignity of imperial power. But the principal vassals, whose fiefs had become hereditary, and who composed the national diets which Charlemagne had not abolished, gradually threw off the yoke and advanced to sovereign jurisdiction and independence. The force of imperial sovereignty was insufficient to restrain such powerful dependants; or to preserve the unity and tranquillity of the empire. The most furious private wars, accompanied with every species of calamity, were carried on between the different princes and states. The imperial authority, unable to maintain the public order, declined by degrees till it was almost extinct in the anarchy, which agitated the long interval between the death of the last emperor of the Suabian, and the accession of the first emperor of the Austrian lines. In the eleventh century the emperors enjoyed full sovereignty: In the fifteenth they had little more than the symbols and decorations of power.

Read the rest below;