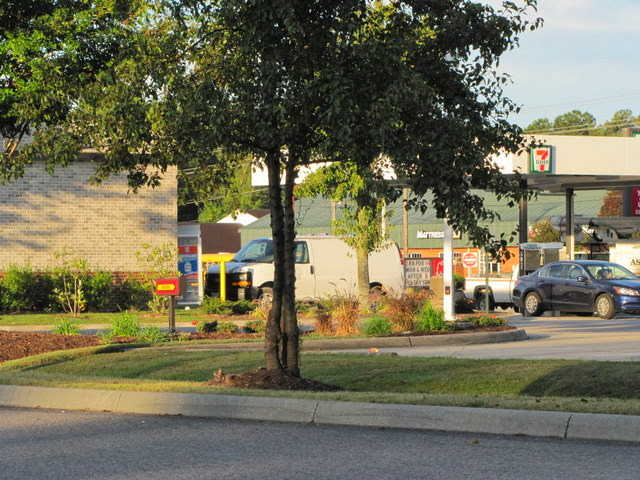 7:45 AM Monday morning, September, 30th, 2013, Van number 226, Gloucester County Government vehicle, pulls into 7-Eleven in the courthouse area along route 17.  One man gets out and goes into the store.  Then what? 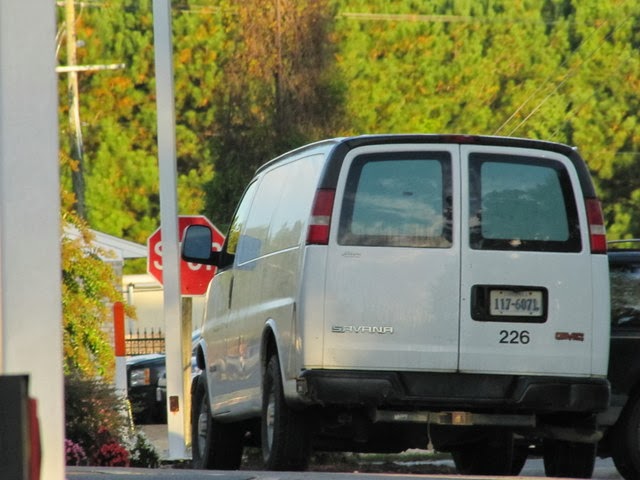 He goes across the way and over to McDonald's.  Here you see him driving around the building checking out his surroundings to make sure he isn't being watched. 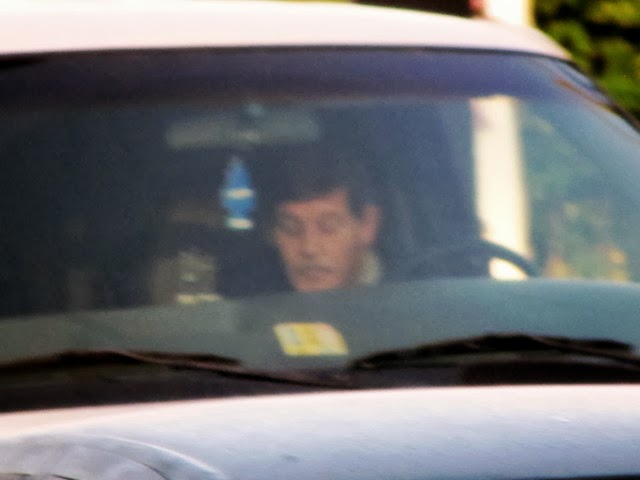 Here is the guy driving that van.  He just finished placing his order at the drive up window at McDonald's.  Sorry the picture is fuzzy but anyone recognizer this guy?  It does not matter, all anyone has to do is look up who had van number 226 today. 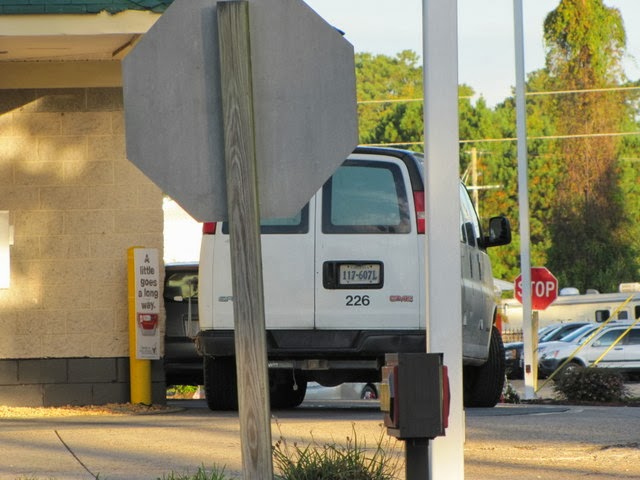 License plate 117-607L.  So this guy starts his little adventure at 7-Eleven and then goes to McDonald's, all on your money.  If anyone doubt's the location, we have plenty more pictures of this vehicle at these two locations.  We only seethe need to post so many though. 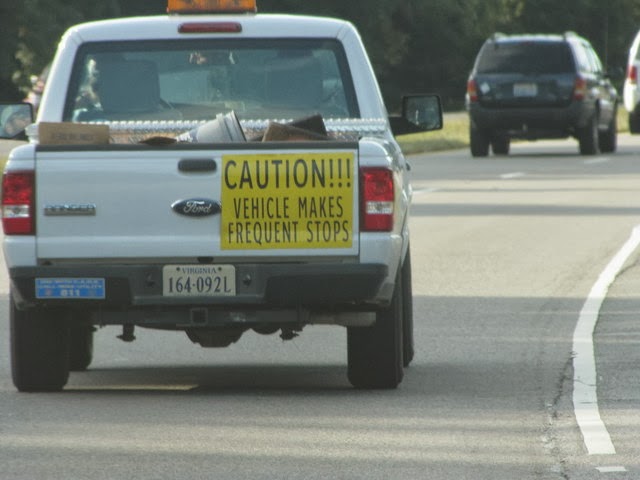 Vehicle number 23, Public Utilities.  Came out of WaWa at 9:05 AM.  We caught them as they were coming out.  This shot is after the fact going down 17 south.  They were not buying gas.  The county has it's own gas pumps for government vehicles.  More government employees playing around on your tax money using officials vehicles for personal use.

As we continue to say and continue to show.  Gloucester, Virginia officials are incapable of following any rules and think that rules only apply to others and not them.  How many months have we been showing this and the county does nothing about it?  Oath of office means nothing.  Laws mean nothing.  Rules mean nothing, except when it works in their favor.  These people have to be so proud of themselves these days.