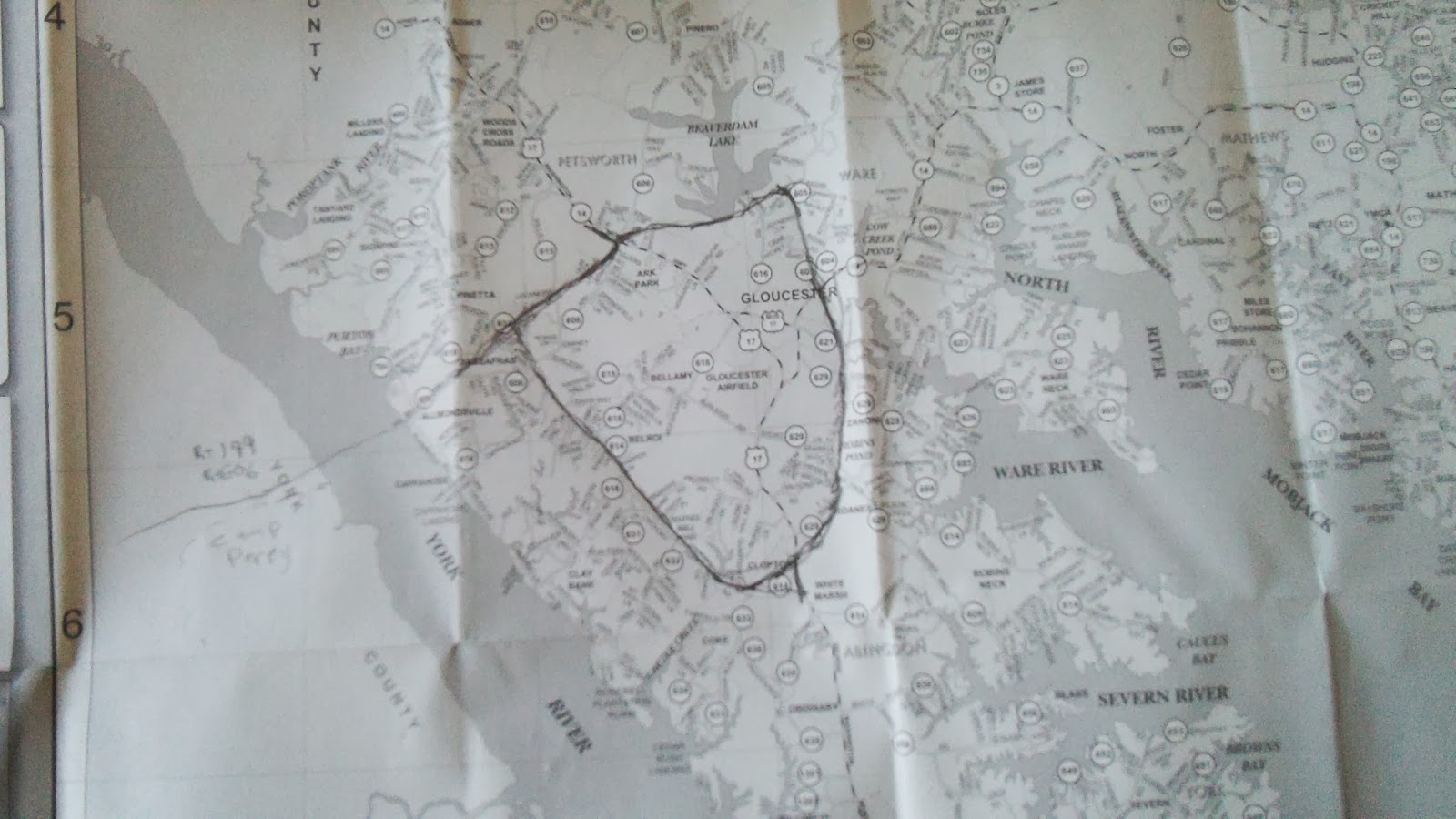 The above picture is what we have been able to put together based on over a year of watching the Gloucester Board of Supervisors meetings, watching the actions of the Gloucester School board, and looking into what the golden triangle has been planning and promoting as well as viewing the plans of a few local developers.  We like to call this the new Heart of Gloucester.  It's what it looks like when you draw out the plans of what is both seen and not seen.  It looks like a heart.

What is within that heart;  The up river crossing.  606 across the river to York County to meet up with route 199.  A gateway to Williamsburg and a much faster route to I64.  Plus on the other side is a new road that would need to be constructed to alleviate the traffic congestion along business route 17 moving onto route 14 in the courthouse area.  A road that may go through some very interesting properties and who holds some of those properties.

Questions that we will be raising over the coming months, has a newly created landmark been put in place to maintain traffic congestion?  What is the future of that landmark if that is the case?  Is mixed use development in the plans of those who are behind secret plans?  Has inside information been used for insider trading?  Have property deals been made to enrich the few privy to secret information and how did they get to those secrets?

What place does the golden triangle play in all of this?  Who are those in the golden triangle?  How can you profit from this information?  Beware letting certain property sell cheap.  It may just be worth much more than you think.  Are certain people being considered for judge positions based on their willingness to further certain plans now in place even if it means not following the law?  Some odd questions, we know.  But we have seen some odd facts that brought us to this point and are causing us to ask these questions.

Is a certain popular teenager's park going to go away on route 14 to make way for a new road?  Did the tear down of remains and a move to a new location of Page Middle school play a place in all of this?  We can not answer a lot of these questions.  But we are going to be showing you the facts and information that has led us to ask all of these questions and many more.  We think that if secret information is being used to enrich the few whom are privy to such, then everyone should have equal access to that same information and have the same privileges to make money on these deals as well wherever possible.  Plus it sheds a light on those who are behind those deals and makes those deals much harder to profit from and lets everyone know the kind of people they are dealing with.

We will leave you to come to your own conclusions as we go through all of the information we have been collecting as well as information already shared along with all of the new information we will be bringing you.  It's been a very long and tedious process and the culmination and joint efforts of many to bring you what we will be sharing.  So stay tuned.  We promise that it's going to get very interesting.