Gloucester, VA - Question To Officials, Where Is The Money? Over 14 Million Vanished? 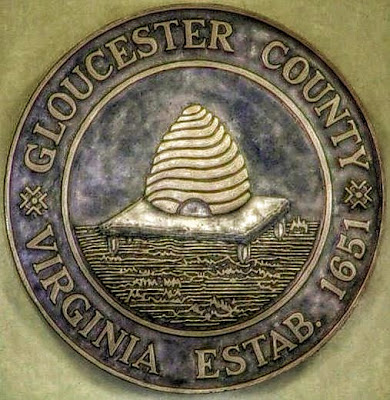 Based on the recent Gloucester Board of Supervisor's meeting this past Tuesday evening, August 6th, 2013, the Board gave to the public the following information that raises a great deal of very serious questions that every single taxpayer in this county should demand be answered right away.  Why?  Because based on what the Gloucester County, Virginia Board of Supervisor's told us, there is a great deal of money not accounted for.  To the tune of multi millions.  Let's go over their own information that they told all of us and made very public.

Based on county population and real estate taxes;

money that should be in account
? Personal property tax June
? other income water etc

Where is this money?

All of the above is the very simple math that Gloucester County officials gave everyone during the recent public hearing of the Board of Supervisor's meeting.  Nearly 15 million dollars can not be accounted for?  Voodoo accounting?  Who's pockets is the money lining?  Fair question based on their statements.  Watch the video we have posted on here, that is where all of this information comes from.  We don't make this up.

Other very serious questions we have to ask based on that meeting, the school maintenance supervisor stated that schools are in disrepair to the tune of 30 plus years?  The county board of supervisors has been denying money to the school board for how long for basic repairs?

Where is the money going?  Where is all the money?  Millions seem to be disappearing into thin air while taxes continue to go up.  Anyone see any issues here?   Nearly 15 million dollars missing, everyone is allowing these people to borrow another 17 million?