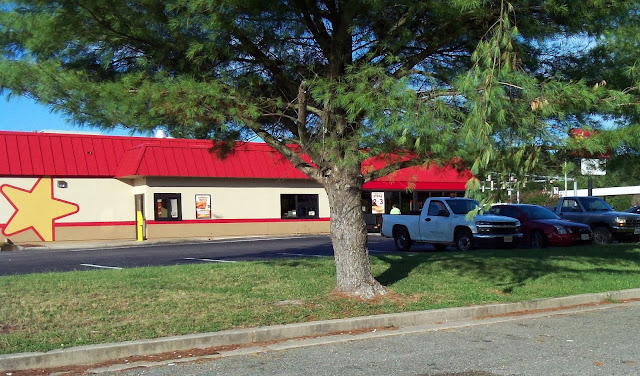 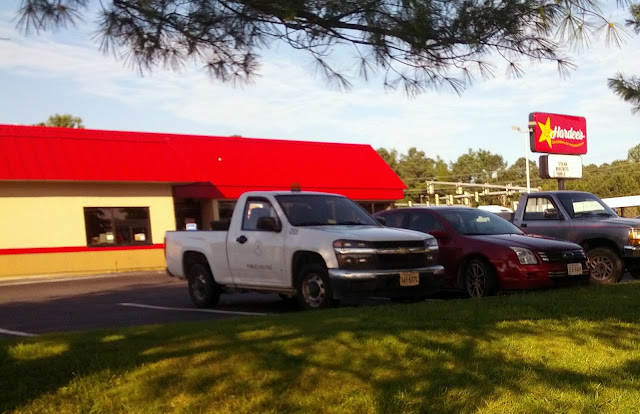 Gloucester County Utilities Vehicle number 285 at Hardee's this morning at 7:55 AM, Monday, August 5th, 2013.  Two employees got out of this vehicle and went into the restaurant.  On the clock?  Unknown.  Personal use?  You bet.  We heard back from one person at the Gloucester Mathews Gazette Journal who informed us of the following, "stopping by hardees is a de minimus errand".

Well we did in fact check into that response.  Here is what we found.
http://www.payroll-taxes.com/articles/taxing-and-reporting-personal-use-of-employerr-provided-vehicles  This applies to privarte employers and under very specific circumstances.  It is also clear that the person who responded failed to read the state code we provided.

And again, we have to seriously question why anyone would allow these people to gain access to 17 million dollars for a middle school that is not needed when there is one down the street we are told is not needed that could be used.  Make all the copies of these pictures you want.  The folks who sent them to us told us they do not care who uses them at all and release all claims to licensing and or royalties.  They just want all this abuse to stop and their taxes lowered.  Not raised because of careless officials and lack of care for taxpayer dollars.  It's a parade of abuse?

The phone number to the Hardee's Restaurant at the Courthouse area, in case you need to find a Gloucester County Government Employee, is (804)-693-0363.  If they are not where they are supposed to be, now you know where they are.