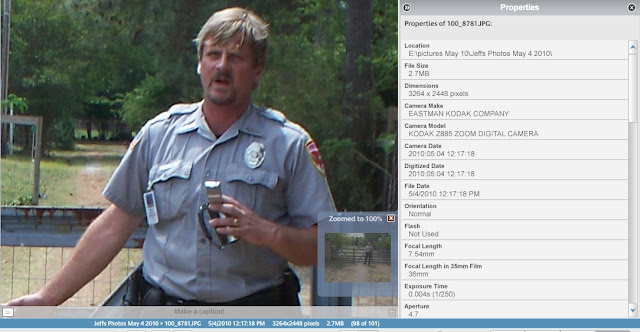 Steve Baranek is slated to take over the chief animal control position in Gloucester, Virginia replacing Carl,(Chuck), Shipley who is retiring on September 1st, 2013.  This is the guy who is surrounded by a lot of controversy and is well despised by many local Gloucester County animal owners for various reasons.

Gloucester officials already have planned to put out a press release with these announcements soon, with the exceptions of Steve being so well despised.  Expect a positive spin from the county government on this.

Here is part of the reason why this guy is not at all liked by so many people.  This recording came off of evidence supplied by Steve Baranek and used in a Gloucester County Court of law.  It's obviously fake and a prank in our opinion, but still submitted in a court, however, not used in the court case.  (Wonder why).

Here is more audio used by Steve Baranek in a court case.  There are so many things wrong with this recording it's not even funny.  In the beginning of this audio, did anyone hear an engine when this guy was pretending to be driving?  We ran tests and even a very quite Toyota engine makes noise. (He was in a Ford truck).  There is no road noise in this audio.  That is one of many serious issues with the above recording.

Gloucester County officials are aware of this guy's questionable background.  It's only a matter of time before this guy gets busted for something stupid.  But Gloucester County officials see nothing wrong with promoting him anyway.  But these are the same people that bring you Dillon Rule violations and out of control employees who keep getting caught at Hardee's using government vehicles for personal use despite county policies that state they are not allowed to do such.  (A management issue if ever there was one).

This is just more county government out of control and not capable of sound management.  You can read more about the controversy surrounding Steve
here, https://sites.google.com/site/gloucestervanews/  This site is very extensive with a lot of documentation.  We still have more that we have yet to present and are just waiting for the proper time to bring it forth.

A congratulations video for Steve.