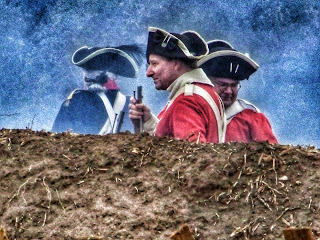 All of this happened in Gloucester, Virginia which is just across the river form Yorktown, Virginia.  The Battle of the Hook event is this coming weekend.  Below are directions to Gloucester from major points around the state.