Aspartame: By Far the Most Dangerous Substance Added to Most Foods Today

Aspartame is the technical name for the brand names NutraSweet, Equal, Spoonful, and Equal-Measure. It was discovered by accident in 1965 when James Schlatter, a chemist of G.D. Searle Company, was testing an anti-ulcer drug.

Aspartame was approved for dry goods in 1981 and for carbonated beverages in 1983. It was originally approved for dry goods on July 26, 1974, but objections filed by neuroscience researcher Dr. John W. Olney and consumer attorney James Turner in August 1974, as well as investigations of G.D. Searle's research practices caused the U.S. Food and Drug Administration (FDA) to put approval of aspartame on hold (December 5, 1974). In 1985, Monsanto purchased G.D. Searle and made Searle Pharmaceuticals and The NutraSweet Company separate subsidiaries.
Aspartame accounts for over 75 percent of the adverse reactions to food additives reported to the FDA. Many of these reactions are very serious, including seizures and death. A few of the 90 different documented symptoms listed in the report as being caused by aspartame include:
According to researchers and physicians studying the adverse effects of aspartame, the following chronic illnesses can be triggered or worsened by ingesting of aspartame:
Aspartame is made up of three chemicals: aspartic acid, phenylalanine, and methanol. The book Prescription for Nutritional Healing, by James and Phyllis Balch lists aspartame under the category of "chemical poison." As you shall see, that is exactly what it is.

What Is Aspartame Made Of?

Dr. Russell L. Blaylock, a professor of neurosurgery at the Medical University of Mississippi, recently published a book thoroughly detailing the damage that is caused by the ingestion of excessive aspartic acid from aspartame. Blaylock makes use of almost 500 scientific references to show how excess free excitatory amino acids such as aspartic acid and glutamic acid (about 99 percent of monosodium glutamate or MSG is glutamic acid) in our food supply are causing serious chronic neurological disorders and a myriad of other acute symptoms.

How Aspartate (and Glutamate) Cause Damage 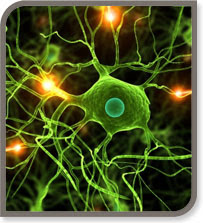 Aspartate and glutamate act as neurotransmitters in the brain by facilitating the transmission of information from neuron to neuron. Too much aspartate or glutamate in the brain kills certain neurons by allowing the influx of too much calcium into the cells. This influx triggers excessive amounts of free radicals, which kill the cells. The neural cell damage that can be caused by excessive aspartate and glutamate is why they are referred to as "excitotoxins." They "excite" or stimulate the neural cells to death.

Aspartic acid is an amino acid. Taken in its free form (unbound to proteins), it significantly raises the blood plasma level of aspartate and glutamate. The excess aspartate and glutamate in the blood plasma shortly after ingesting aspartame or products with free glutamic acid (glutamate precursor) leads to a high level of those neurotransmitters in certain areas of the brain.
The blood brain barrier (BBB), which normally protects the brain from excess glutamate and aspartate as well as toxins, 1) is not fully developed during childhood, 2) does not fully protect all areas of the brain, 3) is damaged by numerous chronic and acute conditions, and 4) allows seepage of excess glutamate and aspartate into the brain even when intact.
The excess glutamate and aspartate slowly begin to destroy neurons. The large majority (75 percent or more) of neural cells in a particular area of the brain are killed before any clinical symptoms of a chronic illness are noticed. A few of the many chronic illnesses that have been shown to be contributed to by long-term exposure to excitatory amino acid damage include:

The risk to infants, children, pregnant women, the elderly and persons with certain chronic health problems from excitotoxins are great. Even the Federation of American Societies for Experimental Biology (FASEB), which usually understates problems and mimics the FDA party-line, recently stated in a review that:

"It is prudent to avoid the use of dietary supplements of L-glutamic acid by pregnant women, infants, and children. The existence of evidence of potential endocrine responses, i.e., elevated cortisol and prolactin, and differential responses between males and females, would also suggest a neuroendocrine link and that supplemental L-glutamic acid should be avoided by women of childbearing age and individuals with affective disorders."

Aspartic acid from aspartame has the same deleterious effects on the body as glutamic acid.
The exact mechanism of acute reactions to excess free glutamate and aspartate is currently being debated. As reported to the FDA, those reactions include: 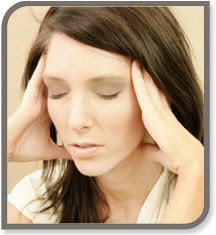 One common complaint of persons suffering from the effect of aspartame is memory loss. Ironically, in 1987, G.D. Searle, the manufacturer of aspartame, undertook a search for a drug to combat memory loss caused by excitatory amino acid damage. Blaylock is one of many scientists and physicians who are concerned about excitatory amino acid damage caused by ingestion of aspartame and MSG.
A few of the many experts who have spoken out against the damage being caused by aspartate and glutamate include Adrienne Samuels, Ph.D., an experimental psychologist specializing in research design. Another is Olney, a professor in the department of psychiatry, School of Medicine, Washington University, a neuroscientist and researcher, and one of the world's foremost authorities on excitotoxins. (He informed Searle in 1971 that aspartic acid caused holes in the brains of mice.)

Methanol/wood alcohol is a deadly poison. Some people may remember methanol as the poison that has caused some "skid row" alcoholics to end up blind or dead. Methanol is gradually released in the small intestine when the methyl group of aspartame encounters the enzyme chymotrypsin.
The absorption of methanol into the body is sped up considerably when free methanol is ingested. Free methanol is created from aspartame when it is heated to above 86 Fahrenheit (30 Centigrade). This would occur when aspartame-containing product is improperly stored or when it is heated (e.g. as part of a "food" product such as Jello). 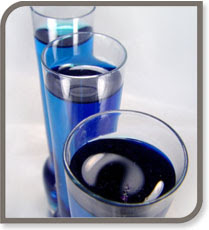 Methanol breaks down into formic acid and formaldehyde in the body. Formaldehyde is a deadly neurotoxin. An EPA assessment of methanol states that methanol "is considered a cumulative poison due to the low rate of excretion once it is absorbed. In the body, methanol is oxidized to formaldehyde and formic acid; both of these metabolites are toxic." They recommend a limit of consumption of 7.8 mg/day. A one-liter (approx. 1 quart) aspartame-sweetened beverage contains about 56 mg of methanol. Heavy users of aspartame-containing products consume as much as 250 mg of methanol daily or 32 times the EPA limit.
Symptoms from methanol poisoning include headaches, ear buzzing, dizziness, nausea, gastrointestinal disturbances, weakness, vertigo, chills, memory lapses, numbness and shooting pains in the extremities, behavioral disturbances, and neuritis. The most well known problems from methanol poisoning are vision problems including misty vision, progressive contraction of visual fields, blurring of vision, obscuration of vision, retinal damage, and blindness. Formaldehyde is a known carcinogen, causes retinal damage, interferes with DNA replication and causes birth defects.
Due to the lack of a couple of key enzymes, humans are many times more sensitive to the toxic effects of methanol than animals. Therefore, tests of aspartame or methanol on animals do not accurately reflect the danger for humans. As pointed out by Dr. Woodrow C. Monte, director of the food science and nutrition laboratory at Arizona State University: "There are no human or mammalian studies to evaluate the possible mutagenic, teratogenic or carcinogenic effects of chronic administration of methyl alcohol."
He was so concerned about the unresolved safety issues that he filed suit with the FDA requesting a hearing to address these issues. He asked the FDA to:

"...[S]low down on this soft drink issue long enough to answer some of the important questions. It's not fair that you are leaving the full burden of proof on the few of us who are concerned and have such limited resources. You must remember that you are the American public's last defense. Once you allow usage (of aspartame) there is literally nothing I or my colleagues can do to reverse the course. Aspartame will then join saccharin, the sulfiting agents, and God knows how many other questionable compounds enjoined to insult the human constitution with governmental approval."

Shortly thereafter, the Commissioner of the FDA, Arthur Hull Hayes, Jr., approved the use of aspartame in carbonated beverage. He then left for a position with G.D. Searle's public relations firm.
It has been pointed out that some fruit juices and alcoholic beverages contain small amounts of methanol. It is important to remember, however, that methanol never appears alone. In every case, ethanol is present, usually in much higher amounts. Ethanol is an antidote for methanol toxicity in humans. The troops of Desert Storm were "treated" to large amounts of aspartame-sweetened beverages, which had been heated to over 86 degrees F in the Saudi Arabian sun. Many of them returned home with numerous disorders similar to what has been seen in persons who have been chemically poisoned by formaldehyde. The free methanol in the beverages may have been a contributing factor in these illnesses. Other breakdown products of aspartame such as DKP (discussed below) may also have been a factor.
In a 1993 act that can only be described as "unconscionable," the FDA approved aspartame as an ingredient in numerous food items that would always be heated to above 86 degree F (30 degree C).

DKP is a byproduct of aspartame metabolism. DKP has been implicated in the occurrence of brain tumors. Olney noticed that DKP, when nitrosated in the gut, produced a compound that was similar to N-nitrosourea, a powerful brain tumor causing chemical. Some authors have said that DKP is produced after aspartame ingestion. I am not sure if that is correct. It is definitely true that DKP is formed in liquid aspartame-containing products during prolonged storage.
G.D. Searle conducted animal experiments on the safety of DKP. The FDA found numerous experimental errors occurred, including "clerical errors, mixed-up animals, animals not getting drugs they were supposed to get, pathological specimens lost because of improper handling," and many other errors. These sloppy laboratory procedures may explain why both the test and control animals had 16 times more brain tumors than would be expected in experiments of this length.
In an ironic twist, shortly after these experimental errors were discovered, the FDA used guidelines recommended by G.D. Searle to develop the industry-wide FDA standards for good laboratory practices.
DKP has also been implicated as a cause of uterine polyps and changes in blood cholesterol by FDA Toxicologist Dr. Jacqueline Verrett in her testimony before the U.S. Senate.


http://articles.mercola.com/sites/articles/archive/2011/11/06/aspartame-most-dangerous-substance-added-to-food.aspx  Link back to Mercola.com where this article originated.