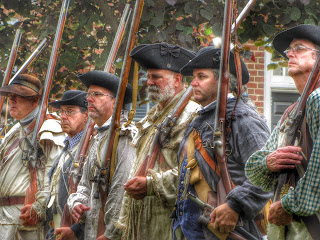 The staff here had some great ideas and so went to work on looking up state laws regarding the oath of office each official must take before they are allowed to serve.  Here is what they have come up with so far.

Every person before entering upon the discharge of any function as an
officer of this Commonwealth shall take and subscribe the following oath: "I
do solemnly swear (or affirm) that I will support the Constitution of the
United States, and the Constitution of the Commonwealth of Virginia, and that
I will faithfully and impartially discharge all the duties incumbent upon me
as .......... according to the best of my ability, (so help me God)."

The oath of office for assistant and substitute registrars, officers of election, and voting equipment custodians may be administered by a general registrar or a notary as well as by persons authorized to administer oaths under § 49-3.

The oath of office for officers of election may be administered by a member of the electoral board, the general registrar, an assistant or substitute registrar, as well as by notaries and persons authorized to administer oaths under §49-3.

All officers elected or appointed under or pursuant to this Constitution shall, before they enter on the performance of their public duties, severally take and subscribe the following oath or affirmation:

There shall be in each county and city an electoral board composed of three members, selected as provided by law. In the appointment of the electoral boards, representation, as far as practicable, shall be given to each of the two political parties which, at the general election next preceding their appointment, cast the highest and the next highest number of votes. The present members of such boards shall continue in office until the expiration of their respective terms; thereafter their successors shall be appointed for the term of three years. Any vacancy occurring in any board shall be filled by the same authority for the unexpired term.

Each electoral board shall appoint the officers of election and general registrar for its county or city. In appointing such officers of election, representation, as far as practicable, shall be given to each of the two political parties which, at the general election next preceding their appointment, cast the highest and next highest number of votes.

The amendment ratified November 4, 1986 and effective January 1, 1987—In paragraph two, after "officers", deleted the words "and registrars" and added "and general registrar" after "of election". In paragraph three, after "the electoral board or", added the word "general" before "registrar" and deleted a reference to officer of election, and added the last sentence: "No person, nor the deputy or the employee of any person . . .".

Now the questions arise, after oath of office by officials, officials who violate said oath, are they personally liable for damages they cause?  No longer protected by government matters as they were found outside of of their office in their actions?

How does this apply?  Recently we reported and showed conclusively that the Board of Supervisors of Gloucester County voted on and passed new ordinances for Animal Control back in February of this year, 2013.  We have further shown that the county has not implemented these approved changes in full.  Both Twitching Ted (I'm not an attorney) Wilmot, so called county attorney have a legal obligation to ensure that the changes were correctly made, Brenda Garton, county administrator equally had a duty and responsibility to ensure the changes approved were properly implemented.  Both have failed in these duties.
With the Board of Supervisors having taken oath of office, each member of the Board had an equal responsibility to ensure that the voted on and approved changes were properly implemented.  All 7 failed in that duty.  We have shown to all 7 Board of Supervisors as well as the county administrator, Brenda Garton, where they are in violation of their own approved ordinances and still the violation is left standing.
So the question we are looking at is are all of these people in violation of the oath of office?  If so, are each person personally liable for any abuses in law that this violation may have caused?  Or in plain simple language, can each of these individuals be sued and not have any government protection because they acted outside of their own offices?
Let's look at a fictitious, but possible example.  If Animal Control has prosecuted anyone after February, 2013 under Animal Control ordinance section 3-15, anyone prosecuted under this ordinance since it is in violation of state law as it is in violation of what the Gloucester County Board of Supervisors did approve for what that ordinance must state word for word, then those who were prosecuted could claim malicious intent and sue each person on the Board of Supervisors, the county administrator and Twitching Ted, (I'm not an attorney) Wilmot, all outside of government protection for each of these individuals because the ordinance was not properly executed according to the counties own orders?
It's looking to us like the Oath of office is a valid issue and a serious problem for each of these individuals.  In even simpler language, an individual prosecuted under 3-15, Gloucester County Animal Control ordinance, has 9 people to potentially sue and those 9 people are not covered by government protection.

Now we are not attorney's and this is not meant as legal advice.  This is simply research we are conducting.  We are digging deeper into this matter and looking at case law as we believe we have found the underbelly of the beast.  As of Tuesday morning, July 23rd, 2013, the Gloucester County Animal Control laws section of the website has not been brought into compliance.
http://www.gloucesterva.info/AnimalControl/AnimalLaws/tabid/671/Default.aspx
Link to Animal Control laws section of the website.
God help them if they are found in violation of the oath's of their offices.

On further notes, one has to ask, are the county officials anarchists?  They do not follow the law from what we see.  Why should anyone else?  No one should be prosecuted in Gloucester, Virginia for any reason when our own leaders can not follow the laws.