For anyone in the US that has viewed this garbage, we want to point out that this series of propaganda films, done by a so called British historian, is highly bloated opinions with no basis in facts to support his claims in many areas of the films and is seriously lacking in facts in other areas to create a very biased opinionated sentiment.  It's anti American.  It's a violation of American History and designed to sway the opinions of anyone who watches it against our founding fathers.

This site has been dedicated to showing actual American History.  Look through our pages.  No bloated opinions.  Just the straight history and we try to present it in the most entertaining way to teach everyone what our nations history really is and why it's important.

Richard Holmes was selected to narrate and walk everyone through this so called documentary, (propaganda piece).
http://en.wikipedia.org/wiki/Richard_Holmes_(military_historian)
Mr Holmes is a British Patriot.  Not an American Patriot.  We Americans should trust his views why?  Again, he failed to cover critical American facts instead bypassing them for short sighted opinions on American history.  It's British romantic fantasy based on some American historical facts but excluding other historical facts to create bloated opinions. 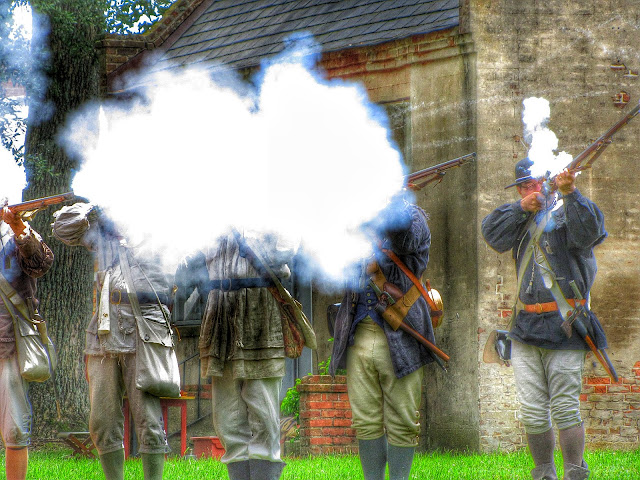 Ready, aim, fire.  Striking back at the tyranny.  Take your propaganda back to Britain and keep it there.