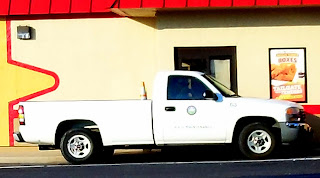 In an effort to reduce the abuse of city-owned property, Jersey City implemented a new program for public employees who use city-owned vehicles for their job. Now they are able to track those vehicles with a smartphone app while they are both on and off the clock to see where the vehicles are.

The app uses a GPS tracking system that is installed in the city-owned vehicles to keep track of their locations at all times. Mayor Steven Fulop says, “We can track where they go, how long the ignition has been on for or off for, what the stops are, how long they’d been at each stop, so it creates another measure of accountability.”

The city wants to make sure that public employees are doing the job they’re supposed to be doing. They are tracking vehicles stops, joy rides and after hour usage to see if this device can help save the city money.

Before this app was implemented a public employee was caught after hours using a city vehicle to pick up a prostitute.

The mangers of the city’s Public Works Division are the ones responsible for monitoring these vehicles in real time to make sure employees are where they are supposed to be.

A private company is paying for the pilot program in Jersey City.

http://www.my9nj.com/story/23453378/tracking-jersey-city-employees
Link back to Fox TV 9 in New Jersey where this story originated.

This looks like just what is needed here in Gloucester.  We have been reporting on local abuses for months now and county officials can not get it under control or are incapable of doing so or have no intention of doing so.  We don't know what their excuse is, but that is all it would be, an excuse.